Far East Movement are out to conquer every territory and genre with their upcoming album Identity, which brings together stars of the east and the west for an ambitious project, Billboard can exclusively reveal.

While the internationally minded LP combines stars from all over the world, there is an emphasis on American and Korean stars, a nod to the “Like a G6” trio’s beginnings in K-Town, Los Angeles. It’s appropriate that the record is introduced by its most ambitious cut, “Freal Luv,” which features California R&B-pop star Tinashe, mysterious DJ Marshmello, and Chanyeol, a rapper in K-pop boy band phenom EXO.

Check out the sensual banger via its official music video, premiering below.

“Identity has always been an issue with us, from how we perceive ourselves as Americans to how people actually see us, and how Asia sees us as foreigners while people in the U.S. might think Asia is home to us,” the band tells Billboard of creating the album. “When we were first starting in the music industry people would telling us to wear glasses and change our name from Far East movement because it’s ‘too Asian.’ It was a different time, but that type of stuff stays with you and affects your perspective…we decided to disconnect, work on building our production and writing skills, spend time traveling around Asia learning the music scene, the business culture and proper customs. The trips gave us some real clarity on our own identity and what we want to do next in our own lives, which gave us the inspiration to make a new album. Identity is a Far East Movement, in a sense, bridging artists from the east with artists from the west while fusing different genres we love.”

You can pre-order Identity now via Apple Music.

East Movement are out to conquer every territory and genre with their upcoming album ‘Identity,’ which brings together stars of both the east and west sides of the world for an ambitious project, Billboard can exclusively reveal.

Seventy years ago, the Philippines won independence on the famous American holiday. 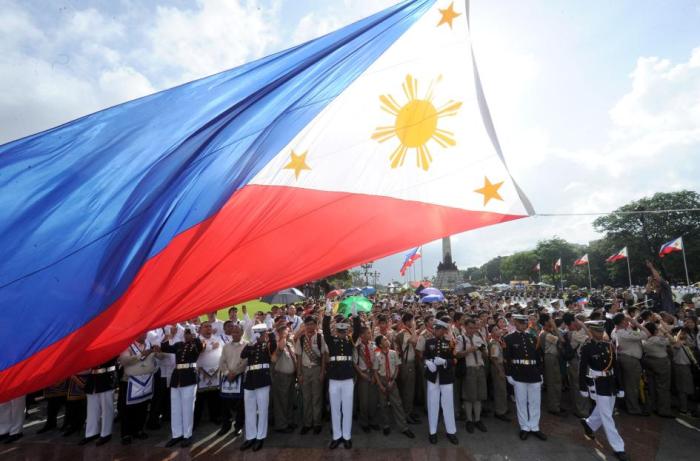 Filipino Marines raise their country’s flag for Independence Day on June 12, 2012. For the first decade and a half after World War II, the country actually celebrated its independence on July 4.

It’s no coincidence that the Philippines shared an independence day with its former colonizer. But this overlap was short-lived. When the Philippines changed the date of its Independence Day holiday in 1962, it marked yet another step away from a long history of western interference.

Between the 16th and 19th centuries, the Philippines was a colony in the Spanish Empire. In 1896, the islands attempted to break free in what’s called the Philippine Revolution, or Tagalog War. When the Spanish-American War began in 1898, some Filipinos saw an opportunity to ally with the Americans against their imperial rulers.

The Americans encouraged this alliance, and led the Filipinos to believe that they had no desire to colonize the country once it was free from Spain, says Vicente L. Rafael, professor of history and Southeast Asian studies at the University of Washington in Seattle. This culminated with a Filipino declaration of independence on June 12 of that year. An American officer was even among the signees.

The United States’ disregard for that declaration was made plain a few months later. After Spain surrendered, the 1898 Treaty of Paris gave the Philippines to the U.S. But Filipinos fought this handover, and rose up in the Philippine-American War in 1899.

The year in which that war ended depends on who you talk to, says Rafael. Although fighting continued until the 1910s, President Teddy Roosevelt declared a “victory” over the Philippines in 1902.

The Philippines continued to push for its independence; and in the mid-1930s, the United States began a transition toward sovereignty. The day the country was planned to become independent? July 4, 1945. That’s right—the Philippines would be freed on the same day that it was conquered.

World War II threw a wrench into the plan. The Japanese invaded the Philippines in 1942, and independence was delayed until July 4, 1946.

Why did Macapagal dump the fourth? Well, there are a few probable reasons.

It was pretty callous of the United States to “give” its former colony the same Independence Day as itself, especially since that was also the day that the U.S. conquered it. Rising Filipino nationalism in the 1960s could have also influenced Macapagal’s decision to reject the date.

Rafael thinks there was also something else in play.

“It was his way of registering his unhappiness with the U.S. Congress, which had turned down a $73 million aid package to the Philippines,” writes Rafael in an essay he shared with National Geographic. “Though he had also claimed to be bringing Philippine independence out of the shadow of its former colonial master, Macapagal’s decision to change the date was also a piece of political brinkmanship.”

When Macapagal threw out the paternalistically bestowed July 4, he replaced it with a day that represented the Philippines’ rejection of the Spanish Empire. But by the 1960s, it’s not clear that that date still held any real significance for everyday citizens.

At the time that Macapagal did away with July 4, the June 12 declaration of independence from Spain wasn’t something that many Filipinos were familiar with. Indeed, Rafael thinks that there is still some ambivalence toward the day because the country remained a colony for decades after. Born and raised in Manila, the capital of the Philippines, Rafael recalls that Independence Day is celebrated on a small scale.

Augusto Espiritu, associate professor of history and Asian-American studies at the University of Illinois Urbana-Champaign, also doesn’t recall Independence Day being a huge deal as a child in Manila.

“What’s interesting though is that when I came to this country, in Los Angeles especially, June 12 was celebrated quite a bit” by Filipino immigrants, he says. (It’s not unusual to see this in immigrant communities: St. Patrick’s Day didn’t become the large celebration that it is today until Irish immigrants began to hold parades in America.)

But what became of July 4 in the Philippines? Since 1962, it’s been known as Philippine-American Friendship Day—a non-holiday that, according to Rafael, is basically only celebrated at the U.S. Embassy.

Internationally, July 4 is mainly only celebrated by Americans. And even some Americans argue that Juneteenth, which commemorates the June 19, 1865, abolition of slavery in Texas, should be celebrated in addition to or instead of the Fourth of July.

To date, the most successful globalization of America’s Independence Day is, and will likely remain, the one in the movies.

Source: The Surprising Connection Between the Philippines and the Fourth of July 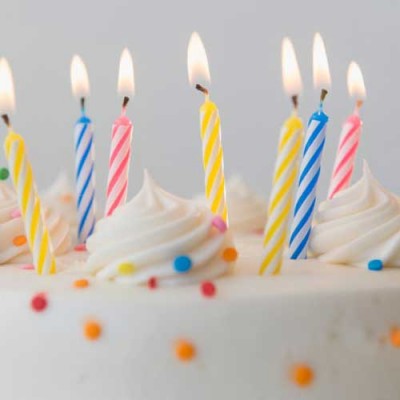 Free stuff, because technically it’s the middle of the year!

Get free stuff—just for being born! These restaurants, retailers and more offer special discounts and freebies on your birthday.

Burger King has a new menu item starting Monday, June 27: 2016:  Mac ‘n Cheetos.The new item, Cheetos stuffed with macaroni and cheese, has a list price of $2.49 and will be available for a limited time starting Monday, the company said.  BK announced the new item on Facebook and the BK Home Page.

JB Lacroix/WireImage/Getty ImagesGwen Stefani on stage during the 2016 Billboard Music Awards held at the T-Mobile Arena, May 22, 2016, in Las Vegas.

Ticketmaster customers who received vouchers and coupon codes stemming from a class-action lawsuit now know how they can use them.

On Tuesday, the service released a preliminary list of 406 eligible events from Live Nation through next year.A complete list can be found here, and it includes concerts from Gwen Stefani, Darius Rucker and Brad Paisley.

Millions Eligible for Free Tickets Through TicketmasterNew acts will be added to the list in the future.

In 2013, Ticketmaster settled a lawsuit with customers who purchased tickets through the service between October 21, 1999, and February, 27, 2013. The court granted final approval of the settlement in February 2015. The class-action lawsuit claimed that “Ticketmaster failed to fully disclose to consumers all aspects of its UPS and order processing fees,” according to Live Nation. Ticketmaster denied those claims.As part of the settlement, Ticketmaster agreed to provide each member of the class with a $2.25 credit for each purchase made over the class period and a $5 UPS voucher for those who used UPS delivery during the class period. Every member of the class has a maximum of 17 claims.Ticketmaster also agreed to give out millions of dollars’ worth of vouchers for select shows through May 2017. Again, there is a maximum of 17 claims for each member of the class.

Source: Ticketmaster Vouchers: How to Redeem Them – ABC News 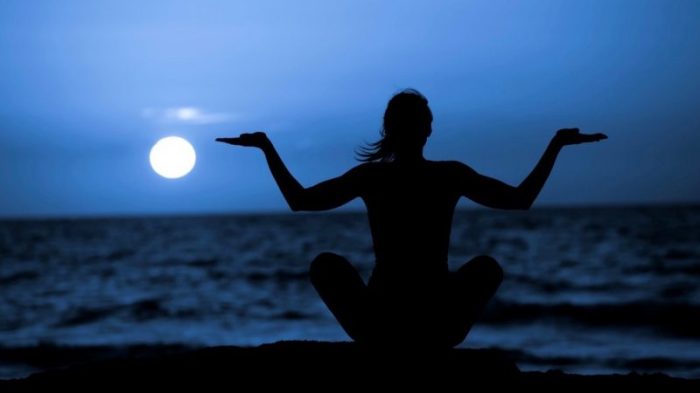 It appears as if the full moon and June solstice won’t fall on the same calendar date again until June 21, 2062.

Be aware that, as we’re figuring all this, we’re using Universal Time (UT or its variant UTC), what used to be called Greenwich Mean Time. Universal Time is the favorite of astronomers because it applies to Earth as a whole. What if we used other time zones? Well, for instance, if we use U.S. time zones, the last full moon and the June solstice actually coincided on June 21, 1986.

There’s something else special about this full moon, in addition to its falling on the solstice. It marks the fourth of four full moonsin between the March 2016 equinox and the June 2016 solstice. Usually, there are only three full moons in one season (between an equinox and solstice, or vice versa), but sometimes there are four.

The third of four full moons to take place in a single season has its claim to fame: it’s sometimes called a seasonal Blue Moon (in contrast to a Blue Moon by the definition of second full moon in a calendar month). The most recent Blue Moon by the seasonal definition occurred on May 21, 2016, or one lunar month before this solstice full moon.

Okay so … seven times in 19 calendar years, a season has four full moons. And in cycles of 19 years, the moon phases fall on or near the same calendar dates.

It should be no surprise that – sure enough, 19 years from now – we’ll have four full moons in between the March 2035 equinox and June 2035 solstice, and the full moon on May 22, 2035, will count as the third of four full moons in one season – a seasonal Blue Moon.

Want to know more about the seven seasonal Blue Moons in the next 19-year cycle? Click here.

The last time a full moon fell on a solstice generally was in 2010 – the December solstice of December 21, 2010, when the full moon staged an exceedingly rare December solstice total lunar eclipse. There is amazingly accurate Gregoriana eclipse cycle of 372 years, featuring the recurrences of eclipses with the seasons, as defined by solstices and equinoxes.

Sources for the story above:

Six millennium catolog of phases of the moon

Read more: How often does a solar eclipse happen on the March equinox?